Breast lift with own tissues

Breast lift with your own tissues

Breast lift using  own tissues is a procedure that has recently been used by Ukrainian plastic surgery clinics. It is a great alternative to silicone and other implants. A breast lift with your own tissues is a guarantee of a longer result. The tissues that form the basis of the reconstructed breast have a similar consistency to the mammary gland. Even the best quality implants will have to be replaced in 10-15 years.

Indications for a breast lift with your own tissue

Most of the representatives of the beautiful half of humanity, who have not yet encountered the problem of ptosis or sagging, believe that there is such a  threat only after breastfeeding or with age. However, the list is actually much more extensive.

Over the years, the level of elastin and collagen in a woman’s body decreases. In addition, the amount of moisture in the cells decreases significantly. Ultimately, this leads to negative consequences. The skin stretches, loses its elasticity, the muscles become weaker. Visually, breasts sag.

If an overweight woman begins to lose weight due to hunger strikes or a strict diet, the process of tightening the skin will not keep pace with burning fat. Many women who have lost weight using this method make a lot of effort  to lift their breasts.

Tightened beautiful breasts is the feature of either very young girls or women who lead a healthy lifestyle and carefully take care of themselves. Early sagging breasts can be caused by: unhealthy diet, lack of physical activity, poor posture, alcohol consumption, irregular care, smoking.

Various diseases and pathologies lead to a decrease in the content of glandular tissue in the mammary glands. As a result, the chest is “deflated”.

Women whose breasts did not sag with age and after feeding should thank Mother Nature. They inherited denser connective tissue. However, such cases are extremely rare.

During pregnancy, a woman’s breasts fill and grow. Sometimes it is even very significant. After the baby is born, the shape of the new mother literally melts. It does not matter at all whether a woman breastfeeds her child or not. Even without breastfeeding, ptosis is almost inevitable.

Undoubtedly, the wrong bra is very dangerous for the shape of the breast.

A small chest remains elastic for a long time, while a large one “tends to reach” to the ground much faster.

Particular features of the operation

Breast lift with your own tissues will relieve a woman of psychological discomfort. In the process of surgical intervention in the clinic of Andrey Leonidovich Kharkov, all individual characteristics of the patient are taken into account. If you follow all the recommendations, you can get an impeccable result.

Before surgery, plastic surgeons at the clinic of Andrey Kharkov make sure that the planned operation does not pose a threat to the patient’s health and life. Based on the data obtained, a decision is made as to whether it is advisable to carry out surgery.

The duration of the operation in the clinic of Andrey Kharkovilasts within 90 minutes. Breast lift with your own tissue is performed under general anesthesia. With this operation, you can restore the shape of the breast, the areal zone and the nipple, as well as make the mammary glands more symmetrical.

If we are talking about a weak ptosis, a minor correction is performed. Its essence lies in the excision of excess skin in the area around the areola of the nipple. At the same time, the plastic surgeon raises the nipple to the required height. After that, the areas of the skin that have lost elasticity are removed. After this surgical intervention, subtle scars remain along the edge of the nipple areola.

There are some advantages of such an operation:

For 24 hours after the operation, the patient stays in the hospital of the clinic of Andrey Kharkov. Further rehabilitation continues at home. On average, it lasts 10-15 days. The sutures from the areola area are removed after 10 days.

It’s obligatory to  use a compression underwear (for 4 weeks) for successful rehabilitation.

Contraindications to the operation

Breast lift with one’s own tissues is not performed if the following contraindications are present:

Breast lift with own tissues is one of the new and actively developing areas of activity of the surgeons of the clinic of Andrey Kharkov. A breast lift is performed not only to restore the ideal shape of the breast, but also to prevent deformation of the body.

To have an operation in the clinic of Andrey Kharkov means to trust the hands of real professionals in the field of plastic surgery.

Thanks to modern technology, you can regain confidence in your own attractiveness and sexuality.

Sign up for breast lift with your own tissues at the clinic of Andrey Kharkov! Affordable cost and perfect results are guaranteed!

More about the procedure

* results of operations are individual 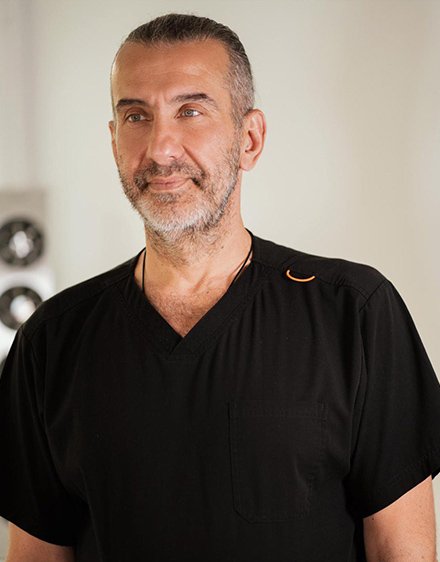 My experience in breast plastic surgery

My diplomas and certificates

Photos of my work on breast lift 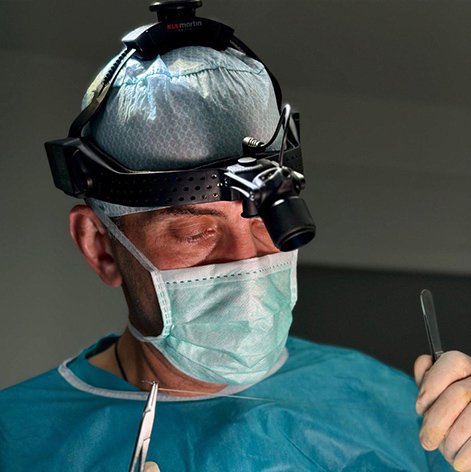 Find out the cost of plastic surgery

in consultation with Andrey Leonidovich Kharkov

Leave your phone number, we will call you back within 10 minutes

How the transformation process goes

From consultation to excellent result

Determining the program and amount of work

Legal implementation of the intentions of both sides

Consultation with our anesthesiologist

Operation and hospital stay up to 24 hours

Everything you need to know about plastic surgery

Are there any restrictions in daily life after surgery?

With proper care, wearing the correct underwear, no traumatic situations, moderate exercise in sports and recreation, there are no special restrictions.

How long does breast augmentation take with your own tissues?

The duration of the operation depends on many factors. On average, this lift takes about 90 minutes.

Are the stitches removed after a breast lift?

It all depends on the method and scope. As a rule, with this kind of braces, there are stitches in the areola area and they are removed on the 10th day.

Do I need compression garments for breast lift with my own tissue?

Yes, compression garments are required. You will need to wear it for 4 weeks.

What affects the cost of breast lift with own tissues?

The cost of breast lifting with one's own tissues is influenced by the volume of surgical correction of the mammary glands, preparatory cosmetic procedures to prepare for surgery, rapid tissue regeneration and post-rehabilitation recovery procedures. I will be able to name the exact cost of the operation during a consultation at a clinic in Kiev.

Entrust your beauty to professionals - sign up for a consultation and find out the price of plastic surgery! 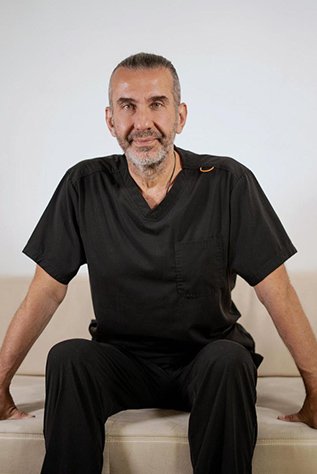 Send a request for consultation right now and get 3D modeling of possible results of plastic surgery as a gift!

Where I conduct my consultations and operations

Clinic accredited by the Ministry of Health

The best team for plastic surgery

Your health and life are insured 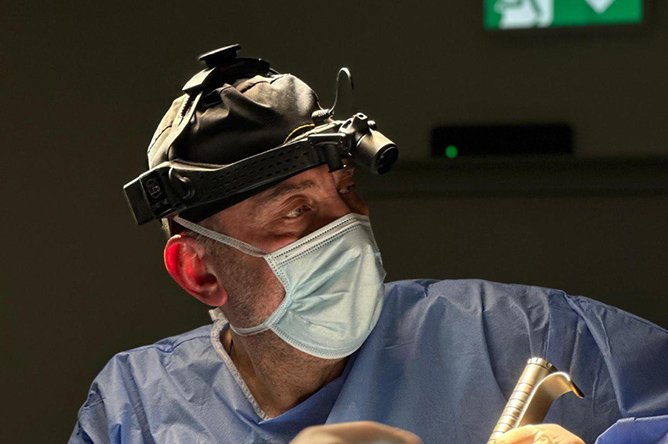 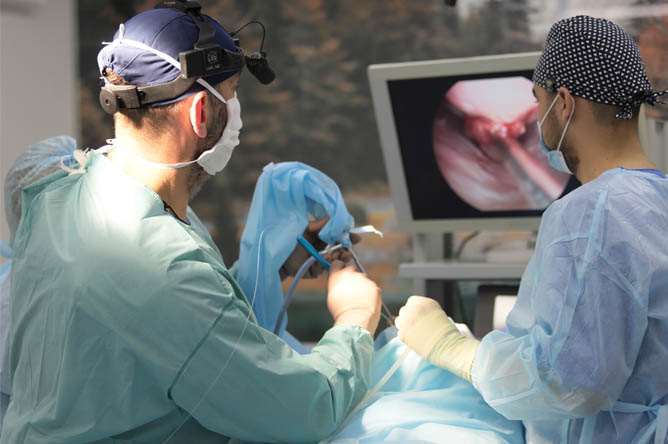 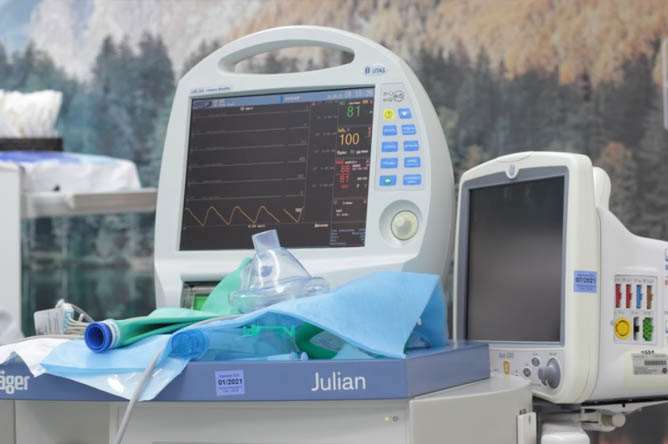 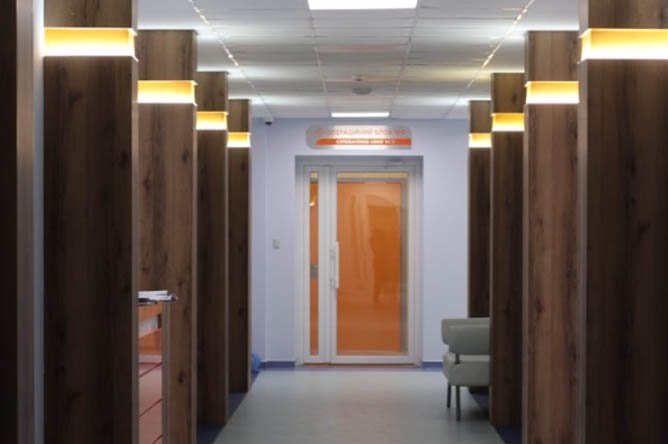 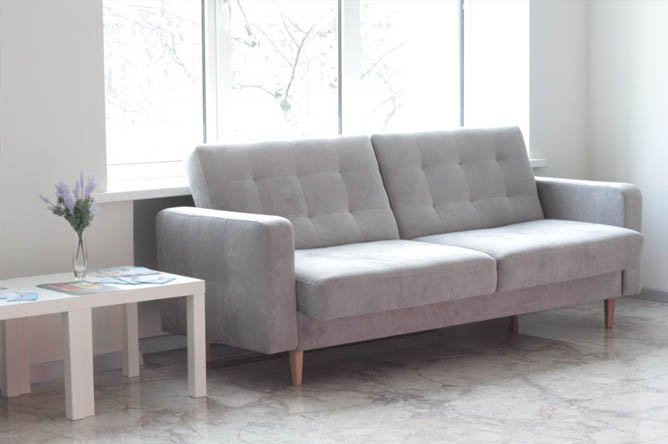 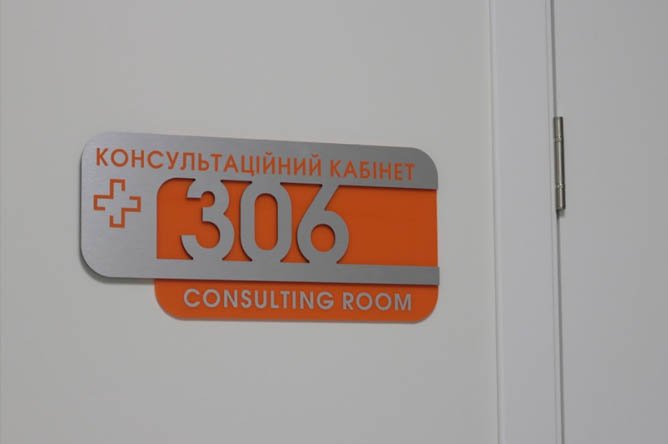 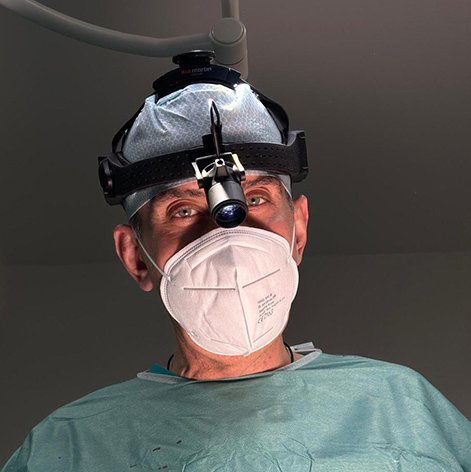 Leave your phone number, we will call you back within 10 minutes 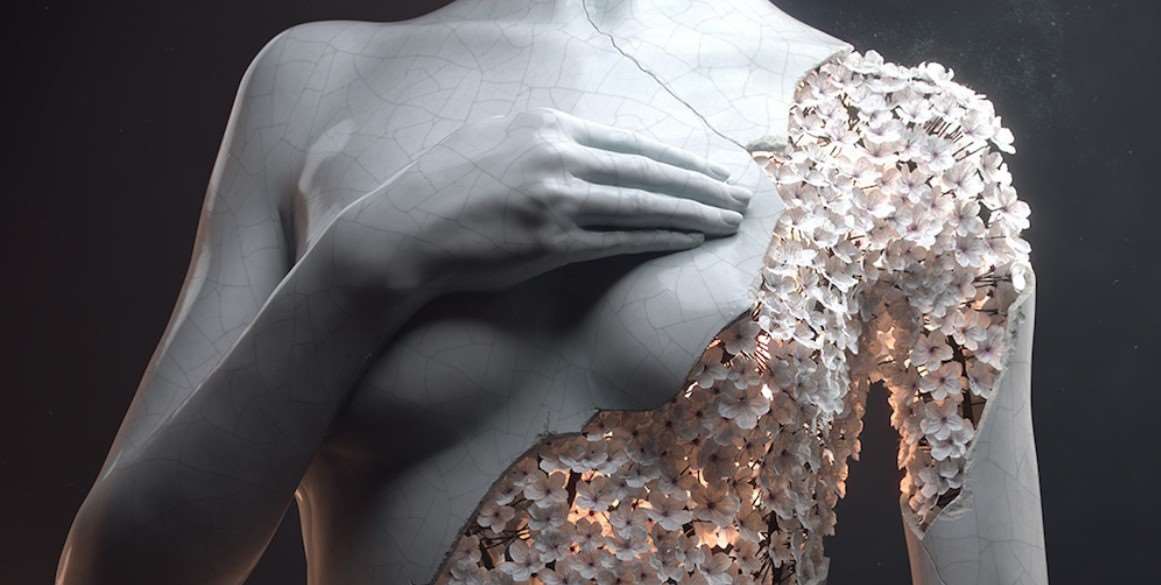 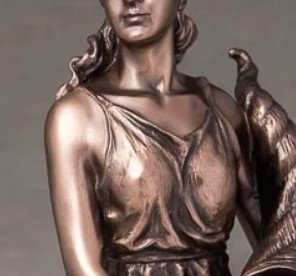 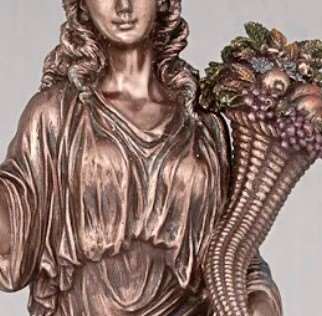 Re-enlargement of the breast (correction) 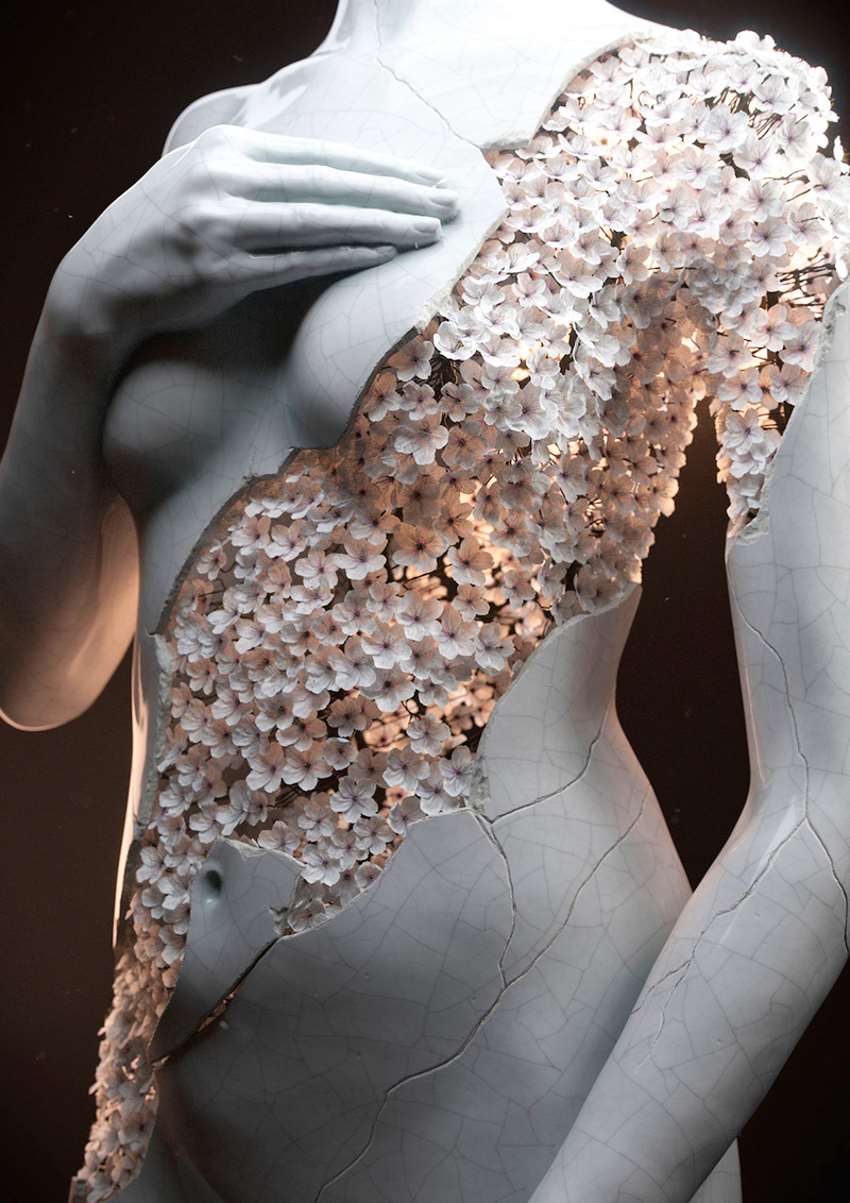 Breast lift with own tissues 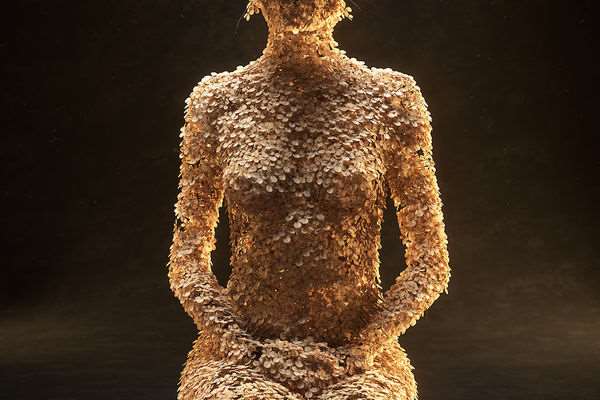 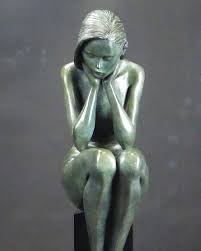 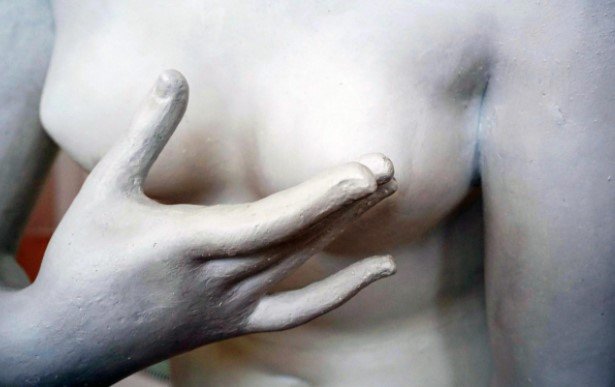 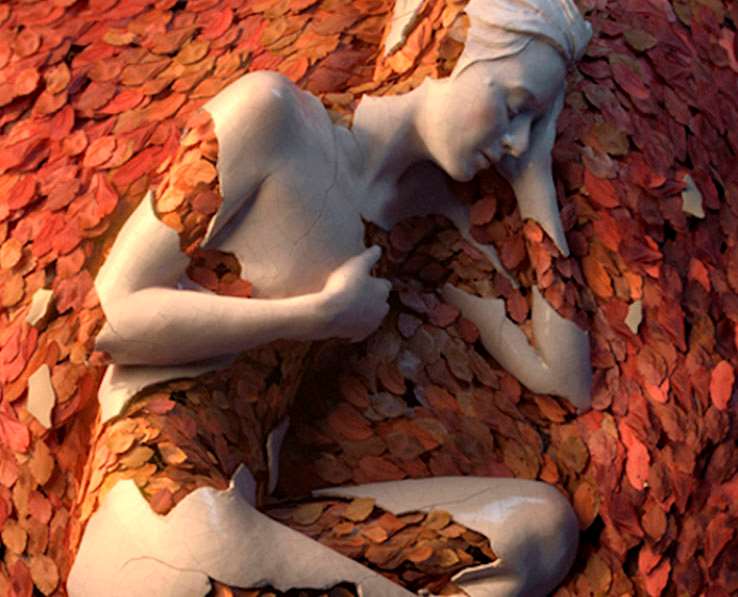 Correction of the tubular breast 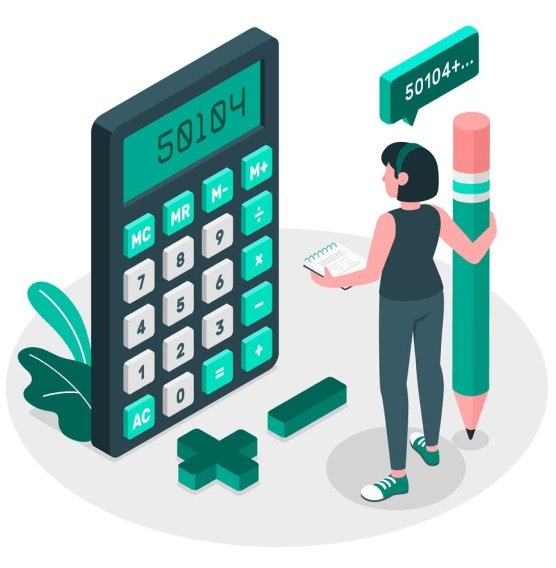 Cost calculator for operation "Breast lift with own tissues":

Leave your phone number, we will call
you back within 10 minutes

Consultation with a plastic surgeon with over 25 years of experience

Quick appointment for a consultation

Leave your phone number,
we will call you back within 10 minutes:

Consultation with a plastic surgeon with over 25 years of experience

Send a request for consultation right now and get 3D modeling of possible results of plastic surgery as a gift!